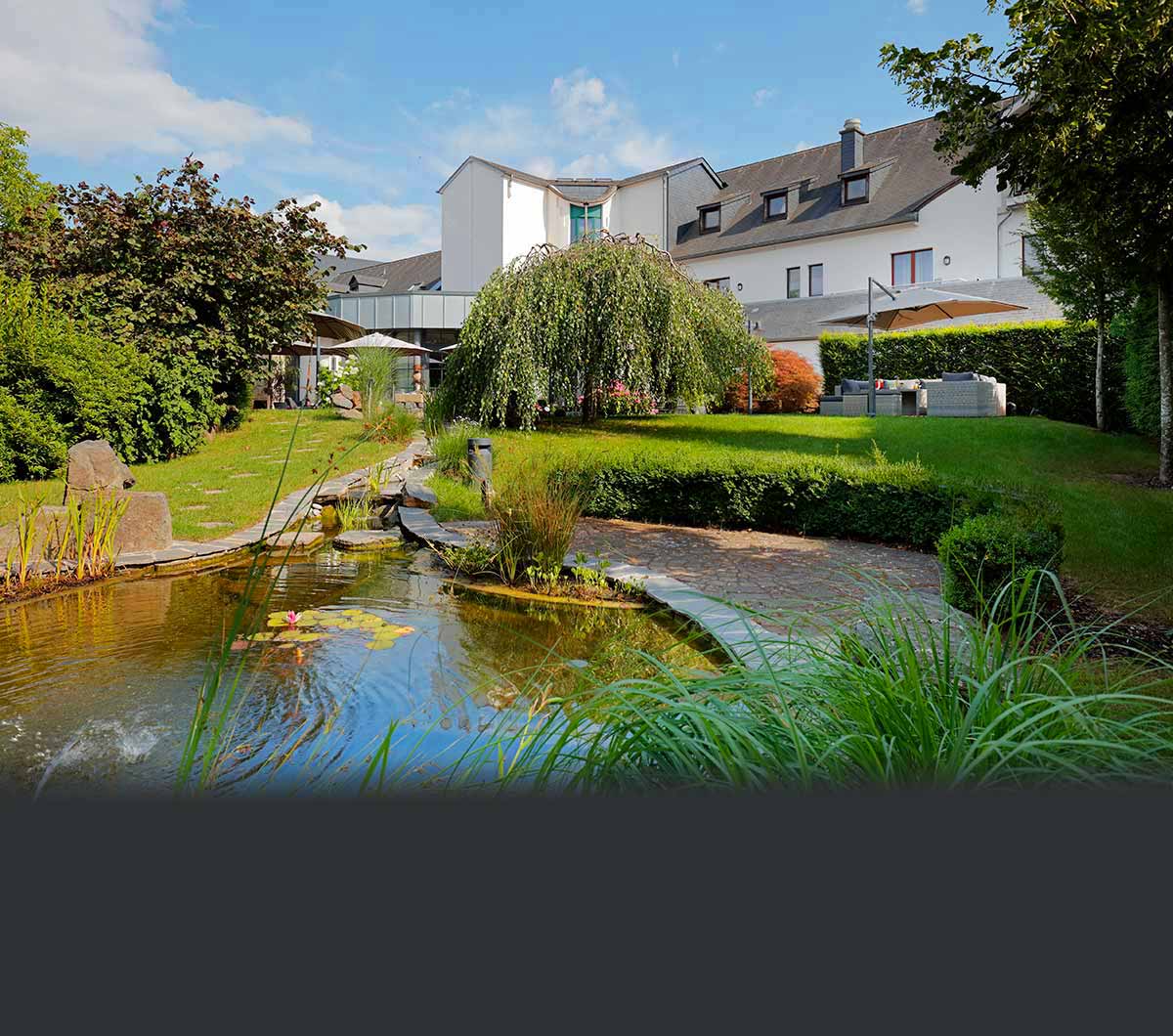 Hotel Dahm - Charm and comfort at the heart of the Ardennes

Why not accept this delightful invitation and take the opportunity to let off steam and recharge your batteries... with your family, as a couple, alone, among friends or for seminars. 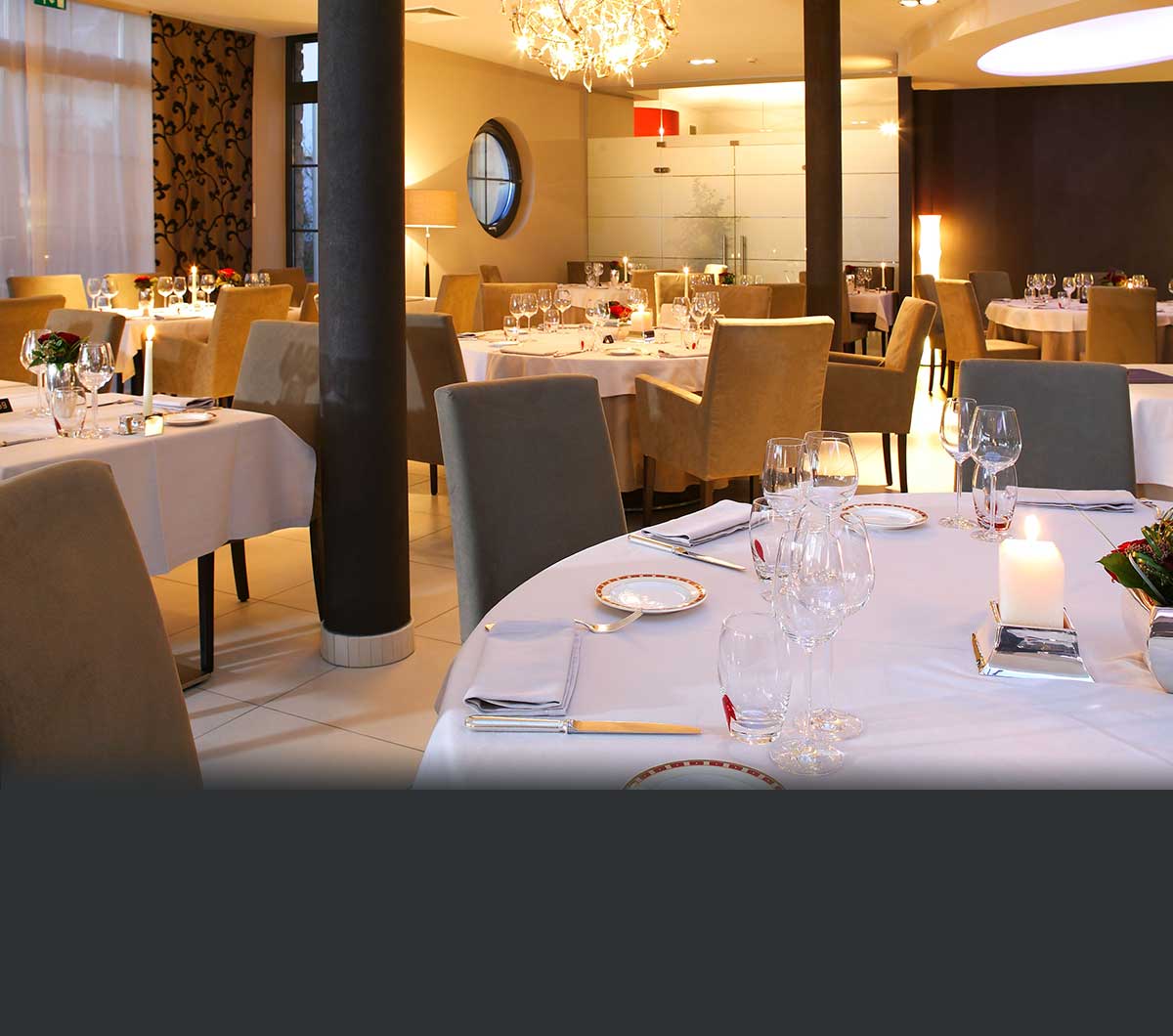 this is definitely the place to indulge in a romantic break and delicious gourmet delights…. Spoil yourself with our different suggestions ! 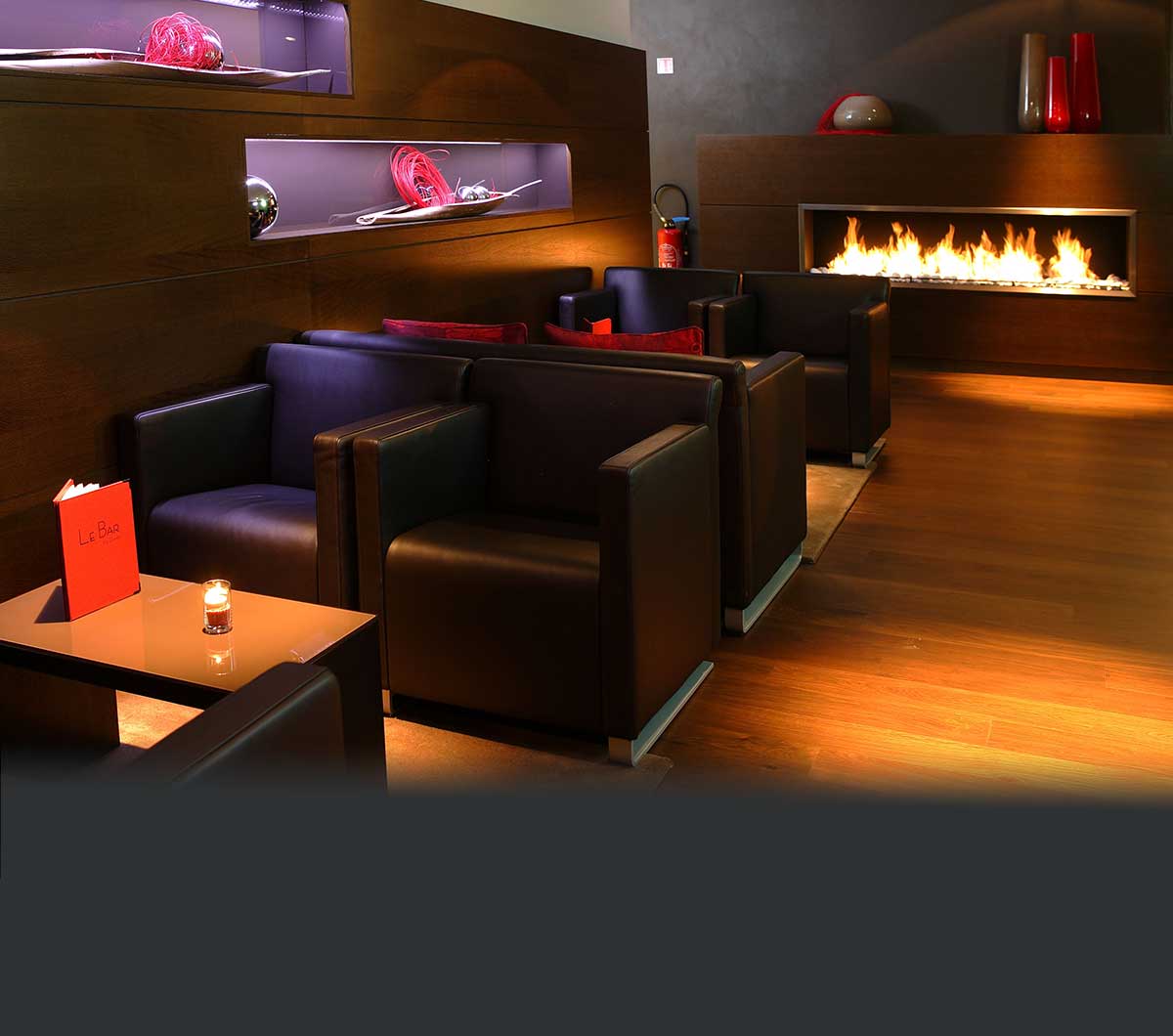 Our Lounge Bar is an elegant alcove that demonstrates a preference for uncluttered elegance. 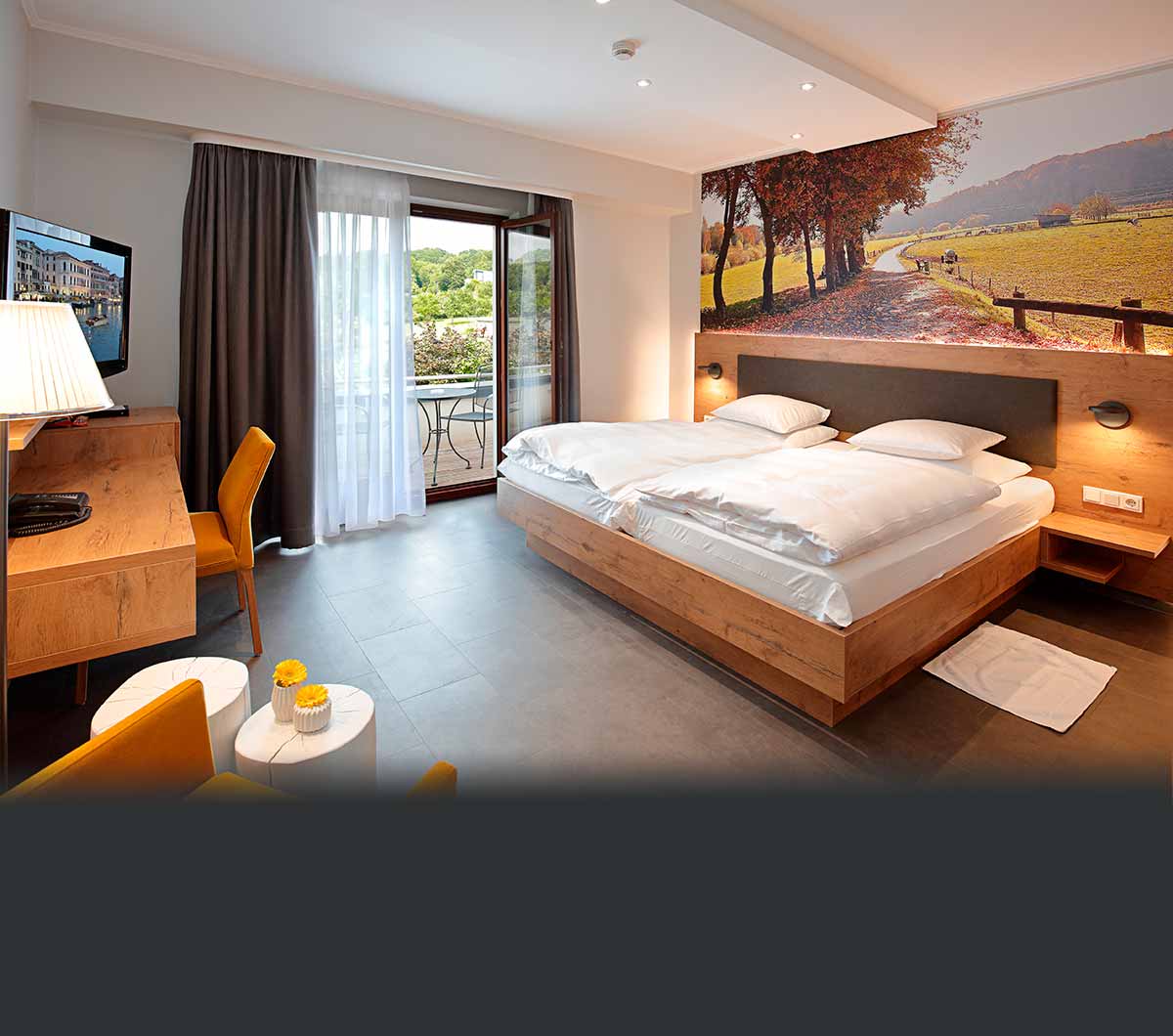 The rooms at Hotel DAHM

The entire Hotel-Restaurant DAHM team will only be too pleased to welcome you in a warm and inviting setting. 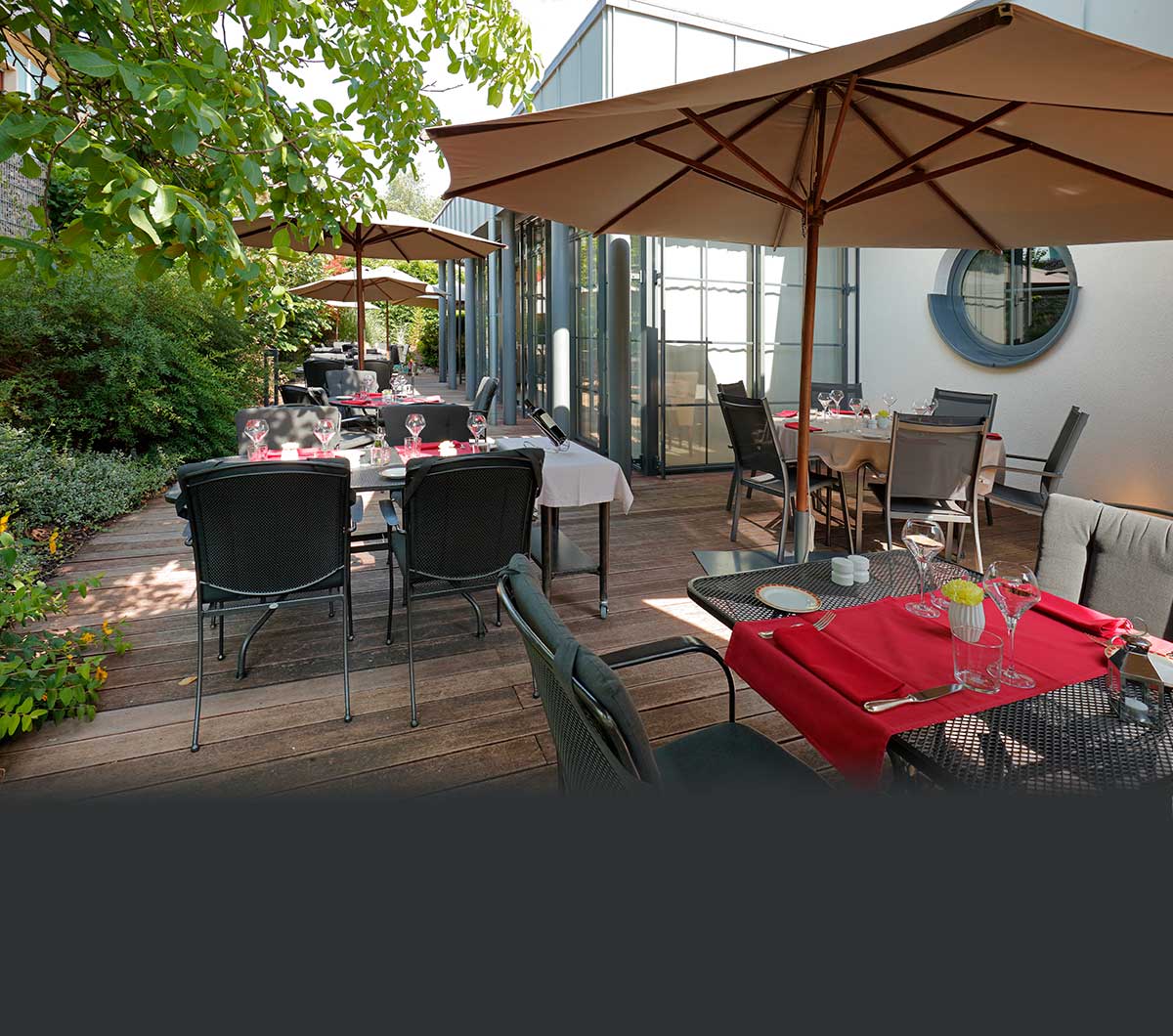 The icing on the cake: the new terrace in the peacefulness of our flower-filled garden where you can choose between the gourmet menu or the terrace menu.

All our rooms have a fully equipped bathroom, hairdryer, telephone, television, minibar, individual safe and Wi-Fi Internet access (free).
The entire Hotel-Restaurant DAHM team will only be too pleased to welcome you in a warm and inviting setting. 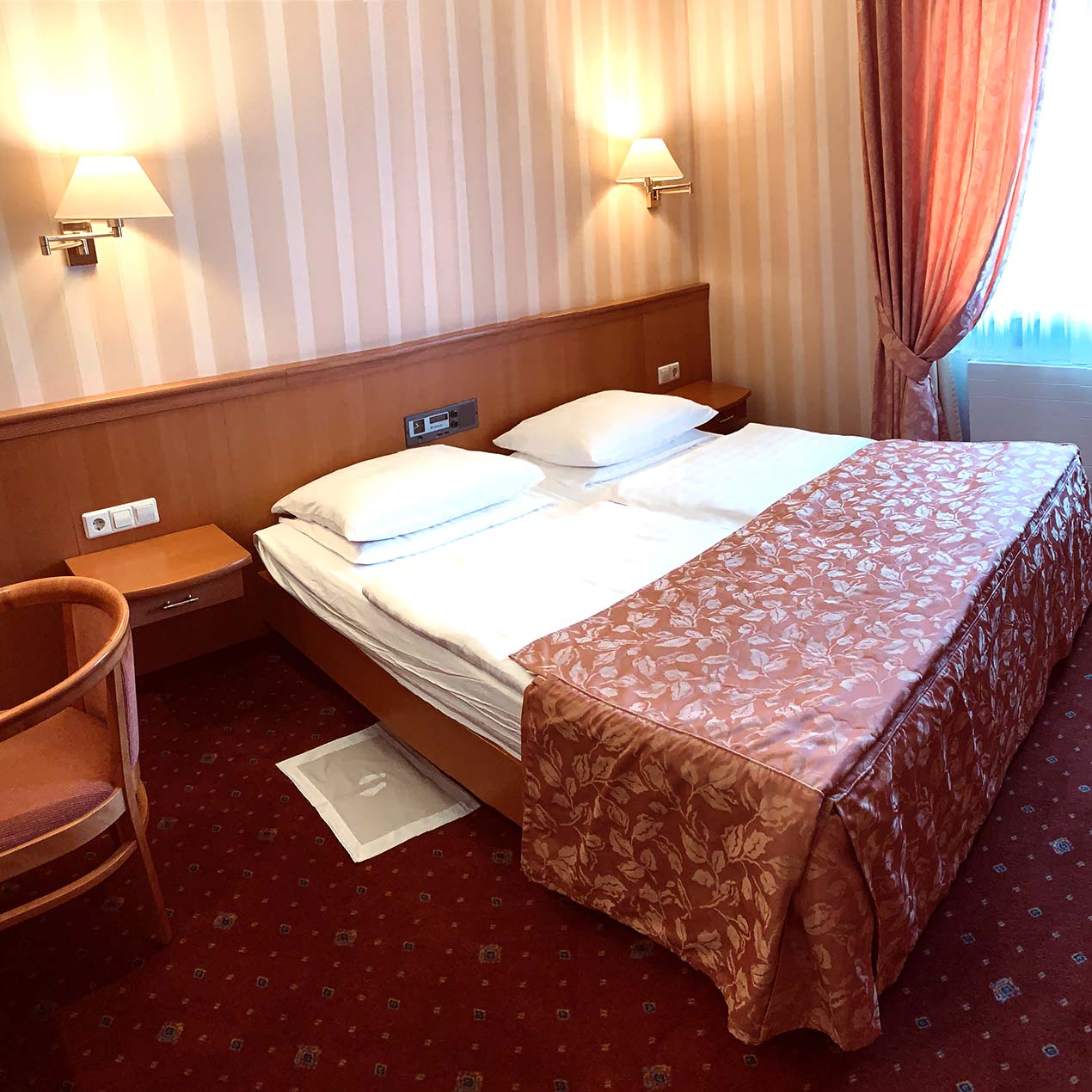 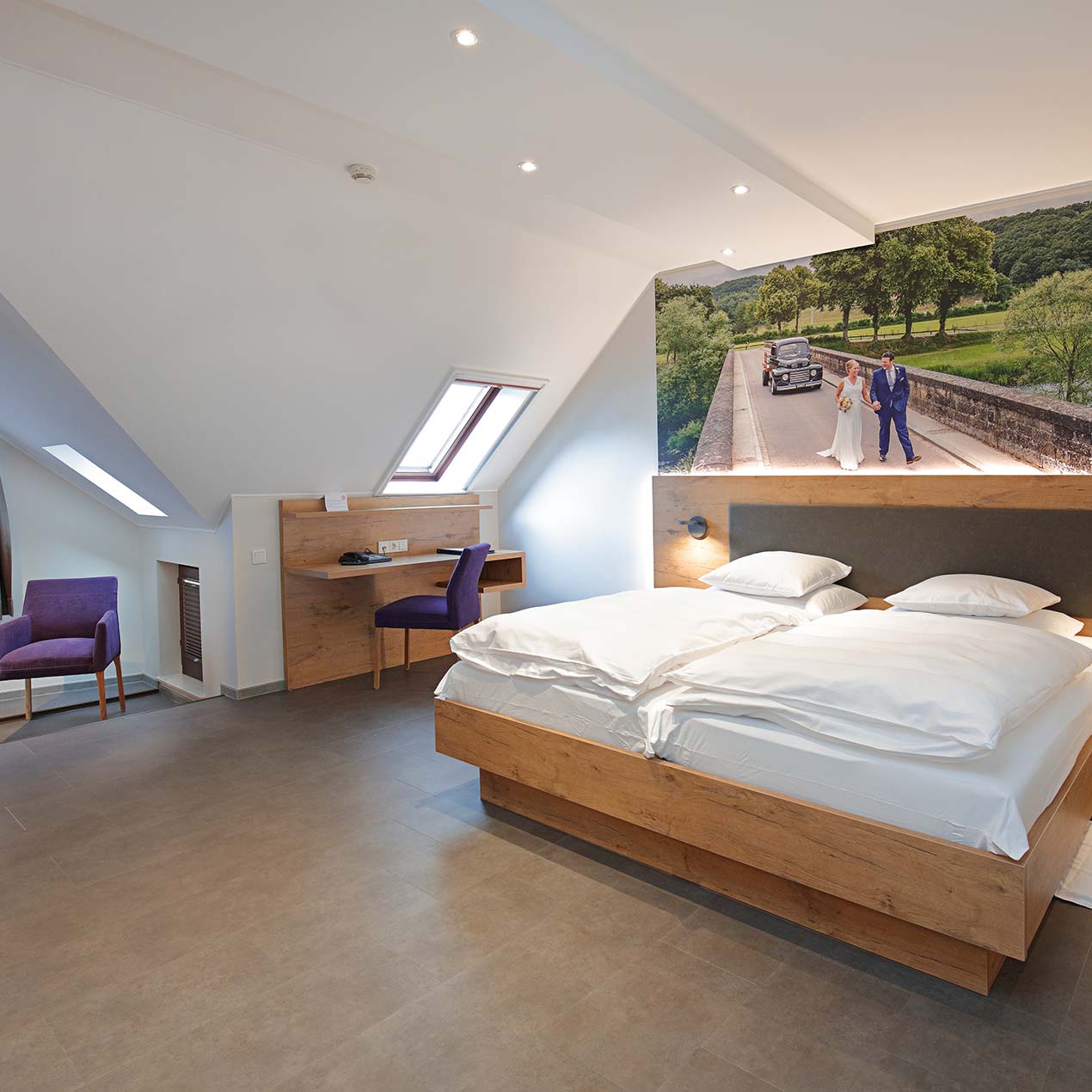 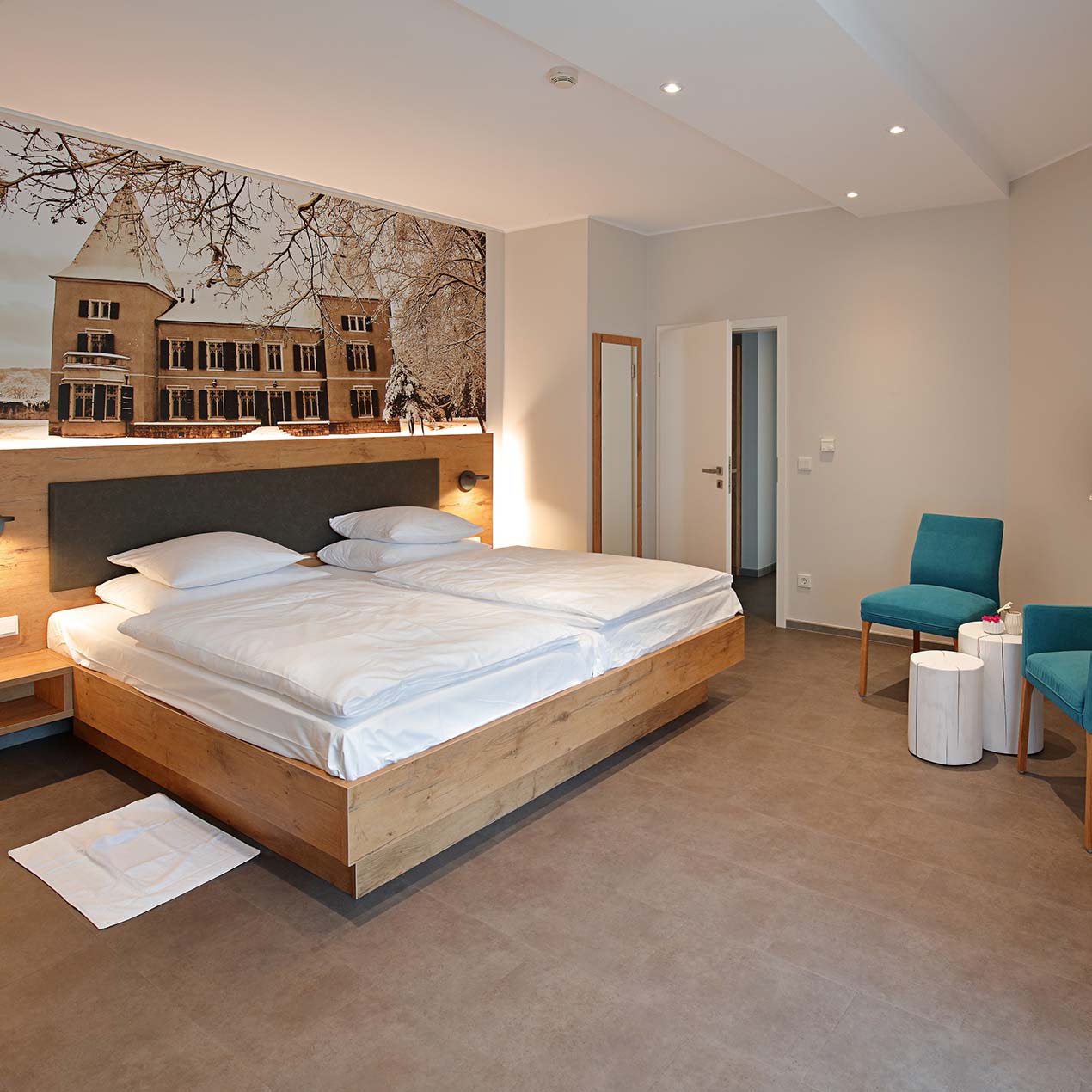 In 2003 the family business was taken over by Mrs Henriette Junker – Dahm and her children Patrick and Nathalie. In the same year, the restaurant was redecorated. After studying at the Lycée Technique Hôtelier “Alexis Heck”, Nathalie Junker continued her studies at the International College of Hospitality Administration “Cesar Ritz” in Brig, Switzerland and received her diploma in 1999. This was followed by different internships, for example at the Hôtel Carl Gustaf on St. Barth in the Caribbean; Henriette Junker-Dahm’s daughter was the last to join her in the Dahm family business.

Thanks to hard work, sincere staff and loyal customers from around the world, the Dahm family business has really made a name for itself in the Grand–Duchy of Luxembourg.